The Mavericks and Nuggets continue their four-game regular-season series with Game 3. On November 18, Dallas defeated Denver 127-99 and the Nuggets won 98-97 on November 20. 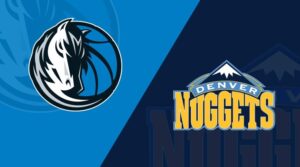 Peyton Watson (hamstring) is questionable for Tuesday’s game against the Mavericks.

Watson has missed two games due to a right hamstring strain, and his availability on Tuesday is in doubt.

Watson, on the other hand, isn’t in the Nuggets’ rotation, so his return would have little fantasy impact.

Jeff Green (knee) is listed as questionable for the Mavericks game on Tuesday.

Green, who has been out with a bruised right knee since Nov. 22, has a “good chance” of playing Tuesday, according to coach Michael Malone.

Due to his lengthy absence, Green would most likely be on a minutes restriction. In any case, his return would limit Vlatko Cancar’s playing time.

This preview excludes Monday’s games, in which the 11-11 Dallas Mavericks hosted the Phoenix Suns in search of their second straight victory.

To avenge a 131-125 overtime loss to the Detroit Pistons, the Mavericks defeated the New York Knicks 121-100 as 1-point road favorites last Saturday.

Because the Mavericks’ injury reports appear to be empty, they may field their strongest lineup.