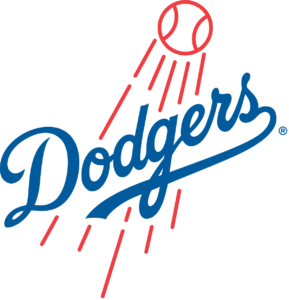 You can read also: White Sox bring in an experienced infielder to compete for the job at second base

Some very exciting players are on the Dodgers’ top prospects list. These include catcher Diego Cartaya, who is still a year or two away from the big leagues, and third baseman Miguel Vargas, who is expected to see significant time at the major league level this season.

MLB.com recently released a list of the “Top 10 RHP Prospects for 2023,” and it provides a glimpse into the excitement surrounding a few pitchers among prospect hounds.

Baseball Prospectus ranks Bobby Miller as the second-best prospect for the 2023 Dodgers, and Gavin Stone as the fourth-best.

Both Miller and Stone appear in MLB’s top 10 prospect lists; Miller comes in at number six and Stone at number ten.

Two pitchers from the Guardians and the Phillies were also included. Miller has a reliable arsenal of four pitches; while none of them were ranked as the best in the league, they are all excellent and among the best in the class.

Tellingly, BP claims that his fastball, which consistently hits triple digits, is only his fourth best offering.

Stone’s changeup was tied for first place among the group and received a score of 70 on the scouting scale from zero to eighty, which indicates it is excellent.

Stone was also given a specialized section to showcase his meteoric rise to fame. He has the lowest starting point and the highest rise.

The right-handed pitcher from Central Arkansas was the Dodgers’ fifth-round pick in the 2020 Draft, making him the team’s final selection due to the year’s shortened length.

Stone was the 30th-ranked prospect for the Dodgers heading into his rookie season, but he only signed for $97,500 (less than the $327,200 he was due as the second-to-last overall pick).

Since then, he’s pitched at four full-season levels, striking out 306 batters in 212 2/3 innings while showing off three above-average pitches and good control, solidifying his place in the Top 100 overall.

Miller did it for Atlantic Coast Conference (ACC) powerhouse Louisville, while Stone toiled in the lower-tier Southland Conference with Central Arkansas.

Both are expected to make their major league debut with the 2023 Los Angeles Dodgers at the tender age of 24.