The White Sox and free agent infielder Hanser Alberto have agreed to a minor league deal. Alberto will be invited to spring training as a player who is not on the roster. 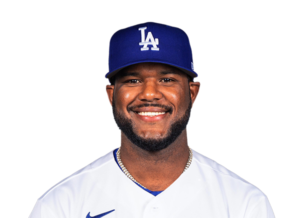 Even though Alberto might not get the starting job, this move will have a big effect on the White Sox’s roster in the future. The front office has made it clear that they don’t want to trade for an upgrade. Instead, Romy Gonzalez, Lenyn Sosa, Leury Garcia, and Alberto will compete against each other.

Sources: Free-agent infielder Hanser Alberto in agreement on a minor-league contract with the Chicago White Sox. Alberto played in 73 games with the Dodgers last season.

Given what’s going on with Liam Hendriks, this shouldn’t come as a surprise. The White Sox farm system doesn’t have a lot of assets that could be traded, and Hendriks was one of the few players on the big league team that anyone was interested in.

It also makes Garrett Crochet, who the Yankees were said to be interested in, an even more valuable reliever for the White Sox. Even though it was unlikely to begin with, a trade scenario now seems almost impossible to pull off.

The White Sox front office could still sign another free agent second baseman, but it would probably be something like a minor league deal. Josh Harrison has the highest WAR of all the free agents left, but the White Sox didn’t pick him up when they didn’t want him.

You can look at the news about Alberto in two ways. Even though it’s disappointing that the White Sox are counting on untested rookies and minor-league deals to fill the hole at second base, at least Rick Hahn isn’t just giving the job to Gonzalez or Sosa. Both will have to work for it. Hanser Alberto has played in the MLB for a long time, so his presence will make the spring training battles interesting. “Competition breeds excellence,” as the old adage goes.

Alberto hasn’t been a great player, but he’s been a good one for most of his career. He could give the White Sox some depth in the infield. He had little success in his first three years in Texas. He never played more than 41 games with the Rangers, and in two of the three seasons he was there, he hit below.200.

Alberto is a good hitter and almost never strikes out. He has struck out 12.2% of the time over the course of his career, which is surprising given that he has only walked 2.3% of the time. In 2019, his strikeout rate of 9.1% put him in the top 1% of all baseball players, while his walk rate of 2.9% put him in the bottom 1%.

Even though he doesn’t strike out very often, his free-swinging style doesn’t give him much power. He has only hit more than ten home runs once in his career, and his slugging percentage is only.380. From 2019 to 2020, the average exit speed was in the bottom 3 percent of the league both years. His average exit speed was only 82.9 mph last year. Alberto is not the right fit for a White Sox team that needs more power.

The CAA client still has a job, though. With a batting average of.272, he has a much higher floor than Gonzalez and Sosa if he makes the team. Alberto also hits left-handed and does well against left-handed pitchers, with a slash line of.323/.341/.449 against them.

Alberto can do a lot of different things on defense. He has spent most of his time at shortstop, second base, and third base. He is a better than average defender at all three positions, based on defensive metrics.

He has played 244 games at second base, 161 at third, 44 at shortstop, 7 at first base, and 5 in the outfield over the course of his career. Since Alberto is a right-handed hitter, the fact that Leury Garcia is on the roster makes it unlikely that he will make the team as a platoon player off the bench. He has the best chance of making the team if he wins the starting job.

Alberto doesn’t have very strong arms, but his range makes up for it. In 2020, he was the fourth-best second baseman in the AL in terms of range factor and fielding percentage. He also had more putouts than anyone else that season. But over the course of his career, second base has been his worst spot. Last season, his OAA was -3, in 2021 it was -2, and in 2020 it was -4.

It will be interesting to see how the second base battle goes during spring training and if the White Sox decide to keep Alberto as a backup if Gonzalez or Sosa win the Opening Day job.