After Belt was traded to the Jays, his wife sent an emotional farewell message to the Giants. 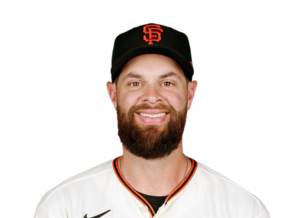 The Blue Jays and first baseman Brandon Belt announced Tuesday that they had agreed to a one-year contract, marking the end of Belt’s 12-year run in the Bay Area. It has been said that the deal is worth $9.3 million.

Belt’s wife Haylee’s reaction was just as heartbreaking as it was hard for some Giants fans to understand.

Prior to the 2023 season, Belt had doubts about returning to Major League Baseball after undergoing knee surgery in September. However, The Captain is now healthy and ready to return to action.

San Francisco took Belt, a UT Longhorn, in the fifth round of the 2009 MLB Draft. In addition to playing a key role in the Giants’ 2012 and 2014 World Series victories, he also hit a game-winning home run in the 2014 National League Division Series against the Washington Nationals that will live long in the memory of Giants fans.

Unfortunately for Belt, injuries limited his time on the field for the Giants despite his extensive playing time (more than 1,300 games). And knee surgery shortened his final season in the Bay Area.

With his departure, the only remaining member of the 2012 and 2014 championship teams is Brandon Crawford. It’s sad because now all the good times Belt experienced are just memories. On the other hand, the Forever Giant can expect nothing but love.