Although the MLB Winter Meetings are still a few days away, one report has Philadelphia Phillies fans feeling much better about their team’s chances of acquiring free agent shortstop Trea Turner. 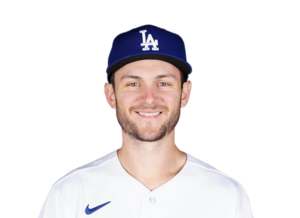 According to MLB.com’s Mark Feinsand, the Phillies have designated Turner as their “top target” this offseason.

While MLB Network insider Joel Sherman took things a step further between the Phillies and Turner, saying a deal between the two sides has “a good chance to happen.”

That’s great news for the Phillies, who are looking to improve at the position after Didi Gregorius and Bryson Stott split time there last year.

With a combined minus-1.2 bWAR, Philadelphia finished 25th in MLB at shortstop. Turner’s former team, the Los Angeles Dodgers, finished seventh in the league at the position with 2.7 bWAR.

The fact that the Phillies will be without Bryce Harper for the first few months of the season due to Tommy John surgery is one of the main reasons why they may be extremely motivated to sign Turner.

Putting Turner in the lineup would certainly help to mitigate Harper’s absence and would make the Phillies even stronger when Harper returns during the season.

Los Angeles is reportedly considering other shortstops and options (including an internal one with Gavin Lux) to fill Turner’s spot in the lineup.

According to Dodgers reporter David Vassegh, “all signs point to” Los Angeles parting ways with Turner. He also mentioned the Philadelphia Phillies, Chicago Cubs, and Atlanta Braves as teams interested in Turner.

If the Phillies are able to sign Turner, Stott will likely move to second base, giving Turner the opportunity to take over at shortstop and providing the defending National League champions with a significant upgrade with one of the most sought-after free agents landing in the City of Brotherly Love.