The St. Louis Cardinals are closing in on Willson Contreras 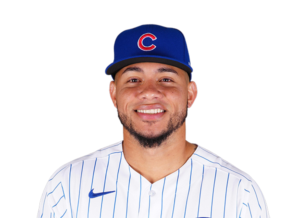 The St. Louis Cardinals had a very productive season last year. They won the National League Central with a 93-69 record. While they were eliminated from the postseason early, they still have a lot to build on in 2023.

They will be led by reigning NL MVP Paul Goldschmidt and Nolan Arenado next season. They will, however, be missing two key players from last season’s division-winning squad.

Albert Pujols and Yadier Molina, both team legends and future Hall-of-Famers, have officially ended their MLB careers and will begin their retirement. Despite their advanced age, both were significant contributors in 2022 and will be difficult to replace.

However, it appears that the St. Louis Cardinals’ pursuit of a replacement for Molina is nearing an end, and it could include the best at the position on the MLB free agent market.

While there are many good free agents available in the starting pitcher and shortstop markets, there is only one elite-level player available in the catcher market. Willson Contreras of the Chicago Cubs.

It was rumored a few weeks ago that the Cardinals would pursue the 30-year-old in free agency, and it appears that they are now one of the favorites to sign him.

The St. Louis Cardinals and the Houston Astros are the “most likely landing spots” for Willson Contreras in MLB free agency, according to a Thursday report from New York Post MLB insider Jon Heyman.

Replacing a generational talent like Molina is difficult, but there is no better option available without sacrificing valuable prospects in a trade than the three-time All-Star and World Series champion.