The Atlanta Falcons (5-7) will face the Pittsburgh Steelers (4-7) on Sunday in a game between two teams looking for a win to stay in contention for the playoffs. 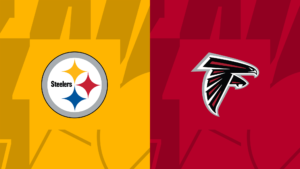 In the AFC playoff picture, the Steelers are 14th, ahead of only Denver and Houston. Although the postseason is unlikely, there are reasons for optimism in Pittsburgh after winning two of their last three games, including a close loss to the Bengals.

The Steelers completed their preparation for Sunday’s game against the Atlanta Falcons, moving outside for the first time this week at the UPMC Rooney Sports Complex.

A couple of key Steelers players have had their Sunday statuses revealed. T.J. Watt is questionable to play against Atlanta after participating in a limited practice on Friday, and his absence would be a huge blow to this Falcons offense.

On the injury front, running back Najee Harris returned to practice in a limited role and is not listed on the injury report.

Cornerback Ahkello Witherspoon did not practice again and is out with a hamstring injury.

T.J. Watt was limited in practice on Friday and is listed as questionable. Running back Jaylen Warren is also questionable after missing the Colts game with a hamstring injury.

The Falcons injury report contains no major surprises. Jalen Dalton, Chuma Edoga and Arnold Ebiketie are all listed as questionable for Sunday’s game against the Steelers. The hope is that all three can play because the Falcons need all hands on deck on defense and Edoga performed admirably in his one start at left guard.