TE Darren Waller has been ruled out of Sunday’s game after missing a week of practice due to a hamstring injury. That is one of the article’s main points. 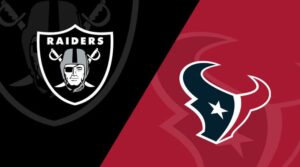 DL Jonathan Greenard (calf) did not participate in Friday’s practice after being added to the injury report on Thursday and has been ruled out. Three Texans are doubtful: wide receiver Chris Moore (hip), offensive lineman Austin Deculus (ankle), and tight end Brevin Jordan (ankle), who hasn’t played since Week 2.

Hunter Renfrow (hip) practiced in a limited capacity on Friday and is questionable to play. TE Darren Waller has been ruled out for Sunday’s game following a week of non-participation in practice due to a hamstring injury.

On Friday morning, Head Coach Josh McDaniels said of Waller and Renfrow: “I’m hoping we’re moving in the right direction with both guys.”

LB Jayon Brown (hamstring) and WR Mack Hollins are also questionable to play (heel). Foster Moreau, who missed the previous game due to a knee injury, has returned to full participation and is no longer on the injury report.