The Dallas Mavericks will face the Portland Trail Blazers in a Western Conference matchup. The game begins at 10:00 p.m. ET. 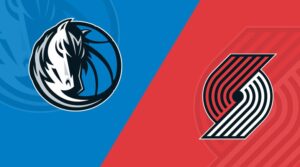 The Dallas Mavericks snapped a two-game losing streak on Thursday. The Mavs prevailed 119-115 over the Lakers. Once again, Luka Doncic performed admirably. He hit game-tying 3-pointers in the waning seconds of regulation and the first overtime.

Doncic’s triple-double on Thursday was his fourth in his last eight games, demonstrating that he has become accustomed to putting up impressive numbers.

It’s hard to find a new way to praise Doncic’s season-long performance after all the others have been used. His performance has reached unprecedented heights, as ESPN reports that he is the first player in NBA history to average at least 40 points, 10 rebounds, and 8 assists in a 10-game stretch.

The Portland Trail Blazers are coming off Thursday’s 119-113 home defeat to the Cleveland Cavaliers. It was their fifth consecutive SU and ATS loss, and the Trail Blazers fell to the 11th spot in the Western Conference.

Gary Payton might be able to play against the Mavericks on Saturday, even though he has a sprained right ankle.

In the last two games, Payton was listed as probable before being upgraded to available because of an ankle injury that was still bothering him. The 29-year-old guard will likely come off the bench and play between 15 and 20 minutes.