The Spurs will travel to Memphis to face the Grizzlies on Monday. This is the second time these two teams have met this season, with Memphis defeating the Spurs 124-122. 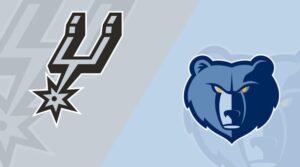 The Memphis Grizzlies are coming off a 123-115 victory over the Orlando Magic. If they want to take care of business at home, they must remain aggressive and continue to attack the paint.

Ja Morant (thigh) is questionable for Monday’s game against the Spurs.

This is a devastating blow for the Grizzlies and fantasy managers who rely on the star floor general to win their weekly matchups, but Memphis is concerned about the long-term health of their star player. The injury, however, is not expected to be serious. Tyus Jones is expected to start at point guard in Morant’s absence.

The San Antonio Spurs are coming off a 121-116 loss to the Boston Celtics. They struggled on defense, and if they want to challenge the Grizzlies on the road, they will need to force more turnovers and apply more pressure.

Keldon Johnson SF (Hamstring) and Jakob Poeltl C (Achilles) are both questionable for this game. Meanwhile, Devin Vassell SG (Knee) has been ruled out.

Keldon Johnson missed Saturday’s loss to Boston due to a hamstring injury suffered in San Antonio’s previous game. The starting forward is in danger of missing his second straight game, but his status won’t be known until closer to Monday’s 8:00 PM ET kickoff.