On Wednesday, December 21, 2022, the Los Angeles Clippers and Charlotte Hornets will play a cross-conference game at Crypto.com Arena in Los Angeles, California. 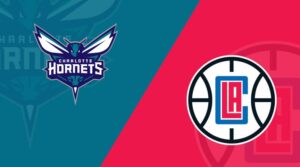 On offense, Ball only had three points in the first two quarters. His performance improved after the break, particularly in the fourth quarter, when he scored 16 of Charlotte’s 34 points. Ball’s fourth straight game of scoring 23 points or more since returning from an 11-game injury absence last week was aided by a strong fourth quarter. On Monday, Ball broke his previous record with 12 assists.

Dennis Smith Jr. (ankle) and Terry Rozier (hip) are both listed as injured for this game.

Smith hasn’t played since Nov. 25 due to a sprained left ankle. His next chance to play will be against the Lakers on Friday.

The Los Angeles Clippers improved to 18-14 SU and 16-16 ATS after defeating the struggling Washington Wizards 102-93 on Saturday. They were 5.5-point home favorites despite the absence of Paul George, Ivica Zubac, Norman Powell, and Reggie Jackson due to injuries.

Paul George (knee) is questionable for Wednesday’s game against the Hornets, according to Law Murray of The Athletic.

George appears to be on the verge of making a comeback after practicing on Tuesday and being listed as “questionable” for Wednesday’s game. The veteran has been out with a left knee injury since December 14. Nicolas Batum will most likely return to the bench once George returns to the starting lineup.

Meanwhile, Powell (groin) is questionable for this game.

Powell has missed the last ten games due to a groin strain in his left leg. The guard, however, will have a good chance of returning to the lineup after participating in Tuesday’s practice. Powell scored 32 points against the Blazers on November 29.