The Phoenix Suns will play the Memphis Grizzlies on Tuesday. This will be the second meeting between these two teams this regular season, with the Grizzlies winning 125-100 on Dec. 23. 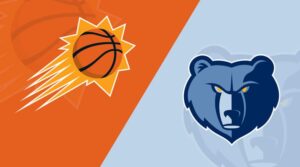 The Phoenix Suns are coming off a 128-125 overtime loss to the Denver Nuggets. They struggled to defend consistently in the final five minutes, and they will need to apply more pressure if they are to compete with the Grizzlies on the road.

Cameron Payne (Foot), Cam Johnson (Knee), and Jae Crowder (Personal) are out for the Suns in this game. While Devin Booker SG (Groin) is questionable.

Cameron Payne hasn’t played since Dec. 13 due to a right foot strain. Damion Lee and Duane Washington will likely continue to receive extended minutes with Landry Shamet (Achilles) also out. Payne’s next chance to suit up is Wednesday’s matchup with the Wizards.

Devin Booker left Sunday’s game against the Nuggets with a left groin strain and will be out for the fourth time in five games. Landry Shamet and Damion Lee will almost certainly see more playing time against Memphis.

The Memphis Grizzlies come into this game coming off a 123-109 loss to the Golden State Warriors. They struggled on both ends of the floor, as they will need to be more efficient in this one if they are to get things done at home.

Kennedy Chandler PG (Nose) is questionable for this game. Meanwhile, Vince Williams Jr. (Hip) has been ruled out.