On Wednesday night, the Charlotte Hornets will face the Houston Rockets. In both of last year’s matchups, the home team won. 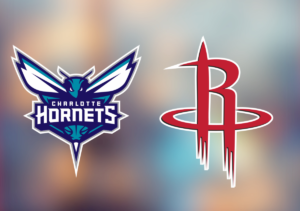 Gordon Hayward will likely miss Wednesday’s game against the Rockets due to a hamstring injury.

Every time Hayward has been labeled “doubtful,” he has been forced to sit out the game. On Wednesday, I see no reason for that to change. This coming Saturday in Atlanta is his next available opportunity to address the crowd. Unless Hayward recovers in the next day, Jalen McDaniels should get another start in Hayward’s place.

There is some uncertainty surrounding Cody Martin’s status for this game. With his left knee still bothering him, Martin is likely to miss a second game in a row. This season, he has only made seven appearances, and it looks like Saturday in Atlanta will be his next opportunity to do so.

When LaMelo Ball returns from injury, Hornets star is playing below his usual standards; the Hornets will need him to round into form before they can hope to challenge NBA.

See more: The latest injury status of LaMelo Ball for the Hornets

It is unclear if Kevin Porter will play today against the Charlotte Hornets due to a foot injury.

Due to a contusion on his left foot, Porter may have to sit out for a fourth consecutive game. In his absence, Kenyon Martin has taken his spot in the starting lineup. Porter’s next available game is this Saturday’s contest against Minnesota if he is unable to suit up on Wednesday.