As teams return to practice ahead of games on Sunday and Monday, we’ll keep you updated on the latest injuries to J.K. Dobbins, Raheem Mostert, Michael Carter and Antonio Gibson. 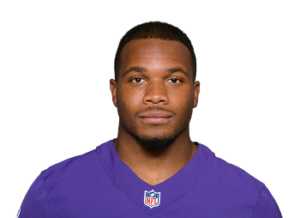 UPDATE 3: According to Jamison Hensley of ESPN.com, offensive coordinator Greg Roman stated on Thursday that Dobbins (knee) “is looking good” in his second week of practice since being designated to return from IR.

UPDATE 2: Dobbins (knee) will not be activated from injured reserve in time for Sunday’s game against the Broncos.

UPDATE: Dobbins will not be activated in Week 13.

J.K. Dobbins will not appear on the Baltimore Ravens injury report this week because he is still on injured reserve.

The Ravens have 21 days to add Dobbins to their 53-man roster. As a result, if the Ravens use all of their timeouts, he may not return to the field until Week 16. Even if he is activated this week, it is difficult to believe Dobbins will see enough playing time to be meaningful in fantasy.

Raheem Mostert began the week as a limited participant due to a knee injury, allowing him to return. Mostert was inactive for the first two days of last week and did not play on Sunday.

UPDATE: Carter (ankle) is expected to return to full practice on Wednesday, according to Ethan B. Greenberg of the Jets’ official website.

Michael Carter did not participate in practice in Week 13 after leaving Sunday’s game with an ankle injury.

Carter’s injury has been classified as a “low ankle” injury, which is good news. High ankle sprains typically result in a two to four week absence. Low ankle issues, on the other hand, can sometimes result in players escaping without missing a game.

UPDATE: In the Commanders’ 20-20 tie with the Giants on Sunday, Gibson rushed nine times for 39 yards and caught two of four targets for 20 yards. He also had two kickoff returns for 27 yards.

The presence of Antonio Gibson on the injury report as a limited participant on Wednesday raises a lot of questions.

If Gibson is unavailable, Robinson will almost certainly be a must-start for many fantasy managers this week.