The Lions will look to extend their two-game winning streak when they travel to New York on Sunday. The Lions have won five of their last six games, while the Jets have now dropped three of their last four. 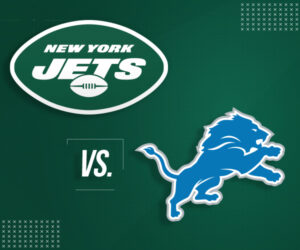 Mike White has been ruled out of this week’s game against the Detroit Lions on Sunday, and it appears that he will be out for more than one week.

White could return to action on a short week, according to head coach Robert Saleh, with the Jets scheduled to play the Jacksonville Jaguars on Thursday Night Football in Week 16.

ESPN’s Rich Cimini also reported that White’s injury could keep him out for 3-5 weeks if the location of the fracture raises concerns that a hit could cause internal damage.

White’s status will be closely monitored by the Jets in the coming days, but it appears very likely that he will be forced to miss multiple games, if not the rest of the regular season.

After failing to participate in a single practice this week, Quinnen Williams was held out of practice for the third day in a row on Friday. Despite this, the Jets listed Williams as questionable to play due to a calf injury.

Williams suffered a calf injury against the Buffalo Bills last Sunday, and while he avoided serious injury, he may be forced to miss time. Despite his limited practice time, the Jets believe Williams will be able to play this week.