The Tennessee Titans will look to extend their lead in the AFC South when they face the Los Angeles Chargers on Sunday afternoon. The Chargers have an 8-2 record against the Titans in their last ten meetings. 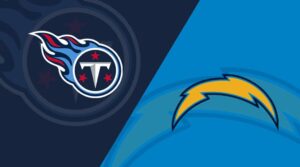 With seven players ruled out for Sunday’s game, the Titans will be short-handed on multiple fronts.

Treylon Burks did not practice this week due to a concussion, making him the Titans’ sixth consecutive absentee. He should be considered questionable for Week 16 at this point.

This week, Chig Okonkwo and Robert Woods will benefit the most from Tennessee’s passing offense.

Derwin James (quad) has been listed as questionable by the Chargers.

“Progressing,” Chargers coach Brandon Staley said of James’ injury status on Friday: “He’s been doing workouts and stuff like that. I know he’s feeling better. We’ll see about this game, but definitely improving.”

Last week, Mike Williams returned from a nagging ankle injury and quickly surpassed 100 yards. He also scored on one of his six catches. Josh Palmer ran more routes than him, but that was most likely because the Chargers gradually reintroduced Williams into the lineup.

After three full practices, he should pass Palmer this week. Against the Titans, Williams is a strong WR2 candidate.