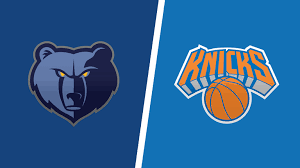 The New York Knicks have lost three of their last four games, dropping their record to 9-10. They trail Boston by six games in the Atlantic Division and are ninth in the Eastern Conference.

Cam Reddish (groin) is listed as questionable for the Grizzlies game on Sunday.

Reddish has missed the last three games for the Knicks, but he appears to be on his way back on Sunday. Still, his final status will be determined by how he feels as the game approaches.

Jalen Brunson is listed as questionable for Sunday’s game against the Grizzlies due to a right quad contusion.

Brunson suffered the injury in Friday’s 132-129 overtime loss to the Trail Blazers. His availability on Sunday will most likely be determined by how he feels closer to kickoff.

The Knicks have listed Derrick Rose (toe) as questionable for Sunday’s game against the Grizzlies.

Rose may miss his third game in a row due to a sore right toe. More information on his condition is expected to be released closer to game time on Sunday.

The Memphis Grizzlies are coming off a 132-111 home victory over their division rival, the New Orleans Pelicans, on Friday. It improved their season record to 11-8, tying them for first place in the Southwest division with New Orleans. They currently hold the third-best record in the Western Conference.

Ja Morant continued to put up impressive rebounding numbers in his last three games, grabbing 22 total rebounds. The point guard has been dominant in the first month and a half of the 2022-23 season, averaging 28.9 points, 6.3 rebounds, 7.0 assists, and 1.1 steals in 15 games.

Desmond Bane suffered a Grade 2 sprain of his right big toe against Minnesota on November 11 and is expected to be out for two to three weeks.

Meanwhile, Xavler Tillman (illness) is questionable for Sunday’s game against the Knicks.

Tillman isn’t a regular starter. His possible absence has no bearing on fantasy.