Anthony Marshon Davis Jr. (born March 11, 1993) is an American professional basketball player for the Los Angeles Lakers of the National Basketball Association (NBA). He is both a power forward and a center. The following article summarizes the Laker’s star’s injury situation.

What exactly is Anthony Davis’s injury? 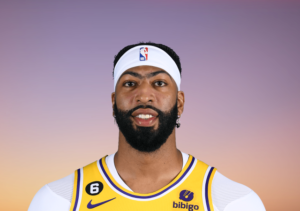 UPDATE: Anthony Davis (back) is expected to play on Friday against Milwaukee Bucks.

Davis is still dealing with tightness in his lower back, but he is expected to play against the Bucks.

Athony Davis (calf) is listed as questionable for the Pacers game on Monday.

Davis did not play in the Spurs’ victory on Saturday. The way he feels on Monday will determine whether or not the star big man returns to the court.

Davis will take on the Spurs.

Anthony Davis led the Purple-and-Gold with 37 points. 5 steals, 5 blocks, and 21 rebounds Off the bench, Russell Westbrook had 21 points and five assists, and Lonnie Walker IV had 24 points on 8-for-18 shooting. Anthony Davis has recently been unstoppable, averaging 30 points and 15 rebounds in four consecutive games.

Davis is questionable for Tuesday’s game against Phoenix due to lower back tightness.

He’ll have to see if he can keep up his elite level of play against Spurs center Jakob Poeltl, one of the league’s best rim protectors, on Sunday.

On Friday, Anthony Davis (back) is expected to play against the Pistons.

Davis’ back injury keeps him on the injured list. The bigger news is that LeBron James (thigh) is questionable to return.

Anthony Davis is listed as probable for Sunday due to lower back tightness, which is a common occurrence.

Anthony Davis is questionable for Friday’s game against the Kings due to lower back tightness.

Despite lower back tightness, Anthony Davis is expected to play on Wednesday against the Clippers (Nov.9)

Anthony Davis’s availability is in doubt due to lower back tightness. According to The Athletic’s Jovan Buha, he was excused from shootaround earlier in the day.

The Los Angeles Lakers have announced that the big man will sit out as a precaution due to lower back tightness. Los Angeles decided it wasn’t worth risking further injury for a preseason game two days later against the Sacramento Kings.

Davis has only missed one game this season while averaging 23.2 points and 11.5 rebounds.

“LeBron James (probable) and Anthony Davis (questionable) were excused from shootaround today, and both are staying off their feet until the game tonight, and their statuses haven’t changed,” Buha said.

The former Kentucky star has been on a tear over the last two games.