Xander Bogaerts sends cryptic message on social media amid reports that he has parted ways with the Red Sox.

The latest news on Xander Bogaerts and Boston Red Sox 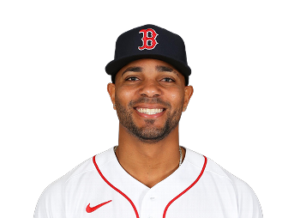 Following weeks of radio silence, the now-free agent took to Instagram to post a photo and a cryptic message on his IG stories: “I never dreamed about successs, I worked for it”

Xander Bogaerts is an infrequent social media user. His last Instagram post was on December 4, 2021, almost a year ago.

Red Sox Nation will pour over this for hours. Is the extra ‘s’ in “success” a mistake or a hidden message? Is there any significance to the red watch? Is he using this photo because it appears to show him at a negotiating table?

The image is from the Boston chapter’s annual BBWAA Awards Dinner, which will be held in January 2020. Billie Weiss, the Red Sox’s head of photography, captured these portraits of Xander Bogaerts, Rafael Devers, Triston Casas, Michael Chavis, and Marcus Walden, who were all honored at the event. Casas’ Twitter profile picture is his portrait.

This comes just hours after legendary sportswriter Peter Gammons tweeted that he’d heard from three teams that Bogaerts has “severed Boston ties,” which sounds like something his agent, Scott Boras, would spread around.

As Ever,fact, but but while one doubts Bogaerts would switch positions, in the past three days front office folks from 3 teams claim they’ve been told he has severed Boston ties and won’t be going back. Whether that’s negotiating leverage talk or reality, there’s no confirmation. https://t.co/rKJCF5JxAy

The public has no idea what’s going on behind the scenes, but one thing is certain: Bogaerts is repeating himself. He desires what he has earned through his hard work. He’s not asking for anything more than what he’s earned.