Deandre Ayton, the Suns’ star center, left Friday night’s win over the Pelicans with an ankle injury, leaving Phoenix shorthanded in the frontcourt. 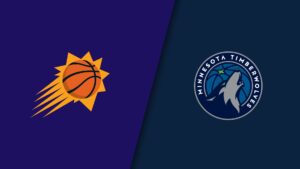 The Suns enter the game having won four straights after defeating the Houston Rockets on Sunday. It will be the team’s second consecutive game without Deandre Ayton, who is expected to miss at least one week due to a sprained left ankle.

Meanwhile, the Timberwolves recently lost to the San Antonio Spurs after going cold from beyond the arc. They led the NBA in 3-pointers (14.8 per game) last season but shot just 4-of-29 from distance on Sunday, while San Antonio shot 16-of-40.

Ayton sprained his left ankle against the Pelicans in the first quarter after pulling up for a midrange jumper and landing on Pelicans center Jonas Valanciunas’ foot. He did not return to the game and is expected to be out for some time.

Ayton only lasted seven minutes before leaving the Pelicans game with an injury. At the time, he had four points and three rebounds. While it’s not ideal, Phoenix can sigh with relief knowing that the former first-round pick will only be out for about seven days, depending on treatment.

Ayton has had a slow start to the season, averaging 15.4 points, 8.2 rebounds, and two assists while shooting 54.8% from the field in his first five games.