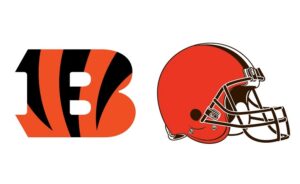 David Njoku isn’t ready to rule himself out for the Bengals’ big Monday night game.

On Thursday, Njoku stated: “It’s feeling better every day, so hopefully we can just see how it progresses. Whatever they ask me to do, I try to do to the best of my ability,”

Following Njoku’s initial refusal to rule himself out for Monday, TE Harrison Bryant is now in line for the top tight end role and could take on an even larger role if Brown is unable to play. Miller Forristall and Zaire Mitchell-Paden are also on the practice squad for Cleveland.

Njoku suffered a high ankle sprain against the Ravens last Sunday in the third quarter and did not return, though he could play in Week 8.

Owusu-Koramoah was added to the injury report after an injury sustained on Sunday persisted.

Teller will be out for the second straight game and will most likely be replaced by Hjalte Froholdt, a fourth-year veteran who made his first NFL start last week.

The Browns could be without three of their top cornerbacks, though Newsome and Williams both played all but one snap last week against Baltimore. Ward will miss his third game in a row.

Read more: The New Orleans Saints are reportedly willing to trade Alvin Kamara to the Philadelphia Eagles on one condition

Logan Wilson (shoulder) will make his long-awaited return, bolstering a defense that will face one of the league’s best rushing attacks. Trey Hendrickson (neck) took part in his first practice of the week but is expected to play this week.

We expected it, but Ja’Marr Chase has been released, joining defensive lineman Josh Tupou (calf) and wideout Stanley Morgan (hamstring).

Eli Apple is questionable, which could mean rookie corner Cam Taylor-Britt gets his first career start.