Many names are called into QUESTIONABLE in the most recent Bears and Cowboys injury reports. 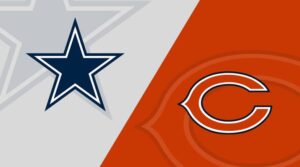 Dalton Schultz is officially questionable following a week of limited practice. He’s been injured for the majority of the season but has played through it; we’ll see if that continues on Sunday.

Dallas will be without a running back on Sunday, as Ezekiel Elliott is listed as questionable for the game against the Chicago Bears at AT&T Stadium. Elliott has missed the last three days of practice after spraining his MCL against the Detroit Lions when a defender attempted to low-tackle him on a first-down rush.

Match on the same day: Is Darren Waller joining the next match, injury update Raiders – Saints

Outside of Elliott, there is a lot of uncertainty regarding Dallas’ health on Sunday.

One week after making a few changes to their starting offensive line, the Chicago Bears are forced to do so again due to injury. Starting center Lucas Patrick has been placed on injured reserve, so Sam Mustipher will return to the starting lineup, and right tackle Larry Borom is out with a concussion. In place of Borom, veteran Riley Reiff is expected to make his Bears debut against the Dallas Cowboys on Sunday.

Read also: The three most likely contract offers for Alvin Kamara and the New Orleans Saints

Today, the Bears also added offensive lineman Alex Leatherwood to their 53-man roster. He was in the middle of his three-week practice period after being on the NFI list for four games due to mono. As a rookie with the Raiders last year, he started a few games at right tackle, and the Bears indicated that’s where they’d work him out when they claimed him. This week, however, there were reports that Reiff was running with the ones.