The Denver Broncos have issued an updated injury report ahead of Sunday’s game against the Los Angeles Rams. 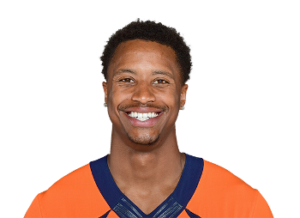 Courtland Sutton appears to be on track to play on Sunday. Participating fully on Friday would signify that he’s in the red zone.

Head coach Nathaniel Hackett stated before practice that all three players have injuries that cause pain when playing on turf, so the decision was made to give them the entire day off. The game on Sunday will be played on turf, but their availability will not be affected.

Aaron Donald missed last week’s game and has yet to practice this week.

Randy Gregory did not practice for the second time since returning from injured reserve last week. On Wednesday, Hackett explained why. The word for Thursday was “soreness.” Despite this, the Broncos are “confident” that he will play on Sunday.