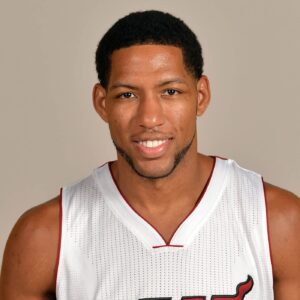 In his ten NBA seasons, Danny Granger was most known for his time spent with the Indiana Pacers. He was selected as an All-Star and honored as the NBA’s Most Improved Player in 2009.

Danny was brought up in a devout home by Jehovah’s Witnesses, claims NBA.com. When talking about his childhood, he said: “I was taught respect, we weren’t allowed to curse as kids, and that really important.

“I think that helped me coming into my own as I evolved into a man. These days a lot of kids are brought up in the wrong way and luckily my family brought me up the right way.”

Dewyane Dedmon, known as “The Mechanic,” has played for a number of NBA teams and is currently a part of the Miami Heat.

Dedmon’s mother Gail’s concerns about his participation in religion, however, kept him from playing high school basketball until his senior year. Dewayne and his two sisters were raised by Gail as Jehovah’s Witnesses.

When he became 18 years old, Dewayne told his mother he would join the basketball team.

“At first, she definitely wasn’t a fan,” Dedmon told Business Insider. “But like I said, I was 18, so I was an adult, so I could make my own decisions.”

Darren Collison is another ex-Pacer who is a Jehovah’s Witness. With the 21st overall pick in the 2009 NBA Draft, Collison was chosen by the Dallas Mavericks, Los Angeles Clippers, Sacramento Kings, and Los Angeles Lakers.

On June 28, 2019, Collison declared his retirement from the NBA, citing spiritual reasons.

For The Undefeated, Collison spoke with ESPN’s Marc J. Spears and stated the following:

“While I still love basketball, I know there is something more important, which is my family and my faith. “I am one of the Jehovah’s Witnesses, and my faith means everything to me.

“I receive so much joy from volunteering to help others and participate in a worldwide ministry. The joy I feel is unmatched.”