Top fantasy football picks for Week 7 from the waiver wire

Dulcich was highly anticipated during the preseason, however he missed the first five games due to a hamstring injury. In his Week 6 debut, he played up to the sleeper expectations, catching two out of three targets for 44 yards and a touchdown. The fact that Albert Okwuegbunam was a healthy scratch was perhaps the most revealing, showing that Dulcich has the primary TE job to lose. In 12-team teams, he’s worth grabbing, especially with a nice matchup against the Jets scheduled for Week 7. 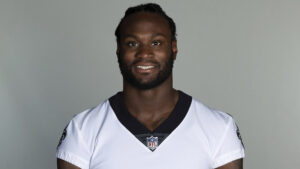 On Monday night, Murray served as Denver’s primary running back, accumulating 66 yards on 15 runs. Melvin Gordon managed just three carries before being benched, seemingly without cause, while Mike Boone only had one. Gordon had rib and ankle problems going into the game, but no injuries were mentioned in the action. Who will start at running back against the Jets the next week is anyone’s guess, but at this point, Murray has to be regarded as the team’s captain. On the off chance that he remains an important member of Denver’s backfield, he is at the very least worth a free agent addition.

Moore has established himself as Arizona’s No. 2 receiver after missing the first three games of the season due to a hamstring injury. He has caught 16 of his last 23 targets for 128 yards. Every week, he’s played more snaps and taken more targets, eventually up to a performance in Week 6 where he took 10 targets. When Marquise Brown (foot) is ruled out for at least the next six games, Moore, Arizona’s backup receiver to DeAndre Hopkins, will have to step up and expand his responsibilities. In 12-team leagues, Moore is a must-own due to his flexibility and explosiveness, and in Week 7’s advantageous game against the Saints, he should have WR2 potential.

On October 6, a window of 21 days was provided for Edwards to make a return, and he is allegedly “coming close” to do. So it appears like this week will happen, and given JK Dobbins’ recent knee problems, Edwards might find himself playing a crucial part right away.

He’s worth stashing because of his career average of 5.2 yards per carry and the possibility that he may contribute fantasy value even if Dobbins stays healthy.

After being traded to Arizona on Monday, Anderson has fantasy potential once more. Anderson obviously outstayed his welcome in Carolina. According to reports, Marquise Brown’s foot injury will keep him out for at least the next six weeks, which means Anderson will compete for targets with DeAndre Hopkins and Rondale Moore. Anderson might find himself getting a good number of looks in Arizona’s fast-paced offense sooner rather than later given their dubious injury records. Even if he doesn’t play against New Orleans in Week 7, get him now.