We’ll keep you updated on these players’ injuries and explain how they might affect the Week 6 fantasy landscape. 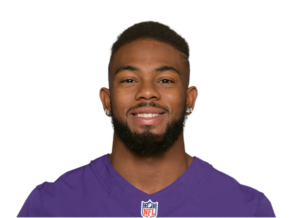 Thomas (toe) was one of the Saints wide receivers who did not practice on Wednesday in preparation for their Week 6 game against the Bengals.

He was expected to play against the Bengals, but the early DNP is not encouraging. Thomas could suit up for the first time since Week 3 if he practices on Thursday.

The Saints would welcome his return, especially given the uncertainty surrounding the availability of Olave (concussion) and Landry (ankle). If Thomas plays, he’ll be a WR2/3 in a tough matchup against the Bengals, who have allowed 21.7 points per game to wide receivers this season (sixth fewest in the NFL).

If Thomas is unable to travel, owners may be forced to turn to Marquez Callaway or Tre’Quan Smith.

UPDATE 2: According to Ravens’ Ryan Mink, Bateman (foot) missed practice again on Friday. He’s expected to miss his second straight game this Sunday against the Giants.

UPDATE: According to Jeff Zrebiec of the Athletic, Bateman (foot) did not participate in Thursday’s practice.

According to ESPN’s Jamison Hensley, Bateman (foot) was among several Ravens players who did not practice on Wednesday.

Bateman, a second-year wide receiver, missed last week’s game against the Bengals, but Baltimore head coach John Harbaugh said Monday that he could return this week. If that’s the case, Bateman would provide a significant boost to the Ravens’ wide receiver corps, which is currently lacking production outside of Devin Duvernay. If Bateman does not practice the rest of the week, expect Duvernay to have five or more targets against the Giants on Sunday and to be considered for flex.

UPDATE: According to ESPN’s Michael Rothstein, Pitts (hamstring) is practicing for the second day in a row.

According to NFL Network’s James Palmer, Pitts (hamstring) returned to practice on Wednesday.

The second-year tight end was limited in practice on Wednesday but expects to be ready for the 49ers game on Sunday. Pitts is expected to rebound from a slow start to the season with 10 receptions (22 targets) for 150 yards.

Pitts remains one of the league’s top tight ends and should be considered a low-end TE1 this week.