The injury statuses for various NFL running backs are up in the air for Week 17, including DeeJay Dallas, Jordan Mason, Zamir White and Justin Jackson. 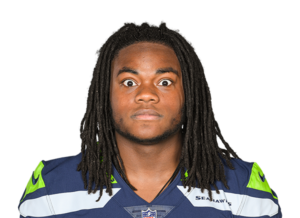 Despite being limited in practice all week, Dallas (ankle) is not listed as injured for Sunday’s game against the Jets. He caught six passes for 32 yards last week, but he should only be considered an RB4 in Week 17. (Assuming Walker plays).

Mason (hamstring) participated in full practice on Friday and will face the Raiders in Week 17. He was mostly on special teams last week, but if the 49ers take an early lead on Sunday, he could see some offensive snaps.

Also, 49ers closer Jordan Mason is off the injury report and was a full participant at Friday's practice. His minor hamstring injury has healed

White (ankle) has been limited in practice all week and is listed as questionable for Sunday’s game against the 49ers. Even if he is active, he will back up Josh Jacobs and thus is not on the redraft radar.

Jackson (hip) was added to the injury report after a limited practice on Friday. He is officially classified as suspect. Even if he plays, Jackson will be the Lions’ No. 3 back and isn’t a fantasy option.