The Magic will travel to San Francisco to take on the Warriors. This will be the second meeting between these two teams this season, as the Magic won the first game 130-129. 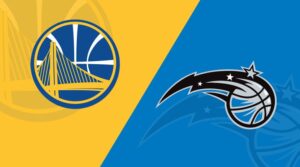 The Orlando Magic are coming off a 123-115 loss to the Memphis Grizzlies. They struggled on both ends of the court in that game, and if they want to challenge the Warriors on the road, they must be more efficient in this one.

In this game Kevon Harris (Undisclosed) is questionable. Bol Bol (Illness), Chuma Okeke (Knee), and Jonathan Isaac (Knee) are out. While Moritz Wagner (Suspension) can return.

Bol will miss his third consecutive game on Saturday due to health and safety concerns. He is expected to return to the lineup before the team’s road trip concludes on Jan. 15, but the earliest he can now play is against Sacramento on Monday. During Bol’s absence, Wendell Carter, Mo Wagner, Paolo Banchero, and Mo Bamba should all see time in the frontcourt.

The Golden State Warriors are coming off a 122-119 loss to the Detroit Pistons. They struggled on defense, and they will need to make more stops in this one if they are to take care of business at home.

Stephen Curry (shoulder) said in Friday’s practice with the team that he went through contact and 5-on-5 work for the first time since his injury, according to Kendra Andrews of ESPN.com.

Curry has been out for the last ten games due to a left shoulder subluxation. His participation in practice, on the other hand, indicates that he will be able to meet his target return date of next Friday’s game against the Spurs. He will be reevaluated on Saturday to determine his future status.