As we near Week 17 and the second round of the playoffs, fantasy football managers must continue to make roster changes in order to reach the season’s apex. 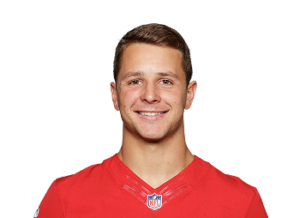 Purdy has rattled off a string of 200-yard, two-touchdown games since taking over for the injured Jimmy Garoppolo in Week 13. With the Niners, he has plenty of receiving options:

The Purdy-to-Kittle connection is the gift that keeps on giving 🎁 pic.twitter.com/S7HT62gkk3

Purdy has made every high-yield layup throw available in Kyle Shanahan’s offense. If injuries have forced you to play QB on the fly, it’s clear he can help. Purdy has averaged only 23 attempts per game in his last three games, so he won’t be a high-volume passer.

We just have to trust that a well-designed offense and an outstanding receiving corps will produce another 200-plus yards and multiple touchdowns.

Doctors have cleared White to return, which means Jets fans won’t have to endure any more Zach Wilson misfires this season.

White’s return is a huge win for both Garrett Wilson and the New York offense as a whole. He’s on the radar as a streaming option against Seattle’s porous defense, which has allowed 7.4 Y/A this season. White has started six games in his pro career and has surpassed 300 yards passing in three of them.

If seven touchdowns in ten games doesn’t make you want to keep scrolling, nothing will. Dotson has been a contested-catch monster all season, and the Commanders have been peppering him with targets in recent weeks.

The rookie adds another to his TD total 🙌 @jahandotson

To put it simply, Dotson is a rising star. Don’t leave him alone. Even if you can’t fit him into your lineup in Week 17, you should keep him away from your opponent.

Each week, Allgeier reminds us that if you want to tackle him, you’d better bring a few friends:

As a rookie, Allgeier was a yards-after-contact machine. He also appears to have ascended to the top of Atlanta’s backfield hierarchy, out-touching and out-gaining veteran Cordarrelle Patterson 22 to 9 on Saturday. Allgeier now has a season average of 4.9 yards per carry and has caught 15 of his 16 targets.

He’s set to face Arizona, a defense that has given up big games to Latavius Murray and Pierre Strong Jr. in recent weeks. If Allgeier is available, he should be your first choice in the backfield.