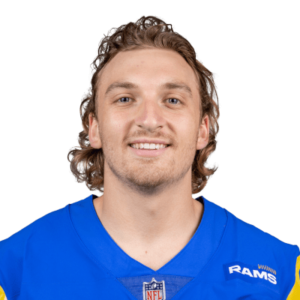 With limited time with the playbook, Skowronek appears to be Baker Mayfield’s favorite target. Skowronek led all Rams wide receivers with eight targets for 89 yards on Thursday. If he continues to see volume, he could be worth considering in deeper leagues.

Though Skowronek led all Rams receivers in catches and yards, Atwell led the team in targets with nine. You could bet that he and Baker develop good chemistry for the rest of the season.

Hilton signed with the Cowboys on Monday, but even as easy as the schedule may be for the Cowboys going forward (JAC, PHI, TEN), Hilton is a desperation play at best as he takes a seat behind CeeDee Lamb, Dalton Schultz, and Michael Gallup.

Evan is the first tight end this season to record ten receptions, 120 yards, and two touchdowns in a single game. After that monster performance, Engram is now the season’s TE4, and his 350 routes run rank third at the position.

Okonkwo was listed in our “others” section last week, but he gets a paragraph this week. He’s now surpassed 40 yards receiving in four of his last six games, and his 2.58 yards per route run this season is the best among NFL tight ends.

Okonkwo had a 15.7% target share and a touchdown in Week 14, despite playing fewer snaps than Austin Hooper. Okonkwo could boom or bust, but he’s a better streamer than most, especially if Tennessee’s receiver corps remains depleted. The Chargers and Texans are up next in a pair of above-average matchups.