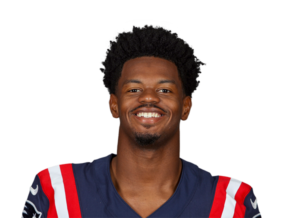 You can read also: Damar Hamlin’s $7 million charity is facing new challenges as it expands rapidly

Jakobi Meyers (shoulder) could miss Week 18 against Buffalo, giving Thornton more targets for the Patriots in a big game.

If the Patriots win in Week 18, they will earn a wild-card spot. Thornton caught three passes for 60 yards and a touchdown on seven targets against Miami in Week 17, and he nearly had a second touchdown but couldn’t get his feet inbounds in the back of the end zone.

He now has at least five targets in four games this season, and he has scored at least 15 PPR points in two of them.

Moore could be a sneaky sleeper against the Colts in Week 18, who have struggled with slot receivers.

Moore has been quiet the past two games with Brandin Cooks back, catching five passes for 46 yards on nine targets against Tennessee and Jacksonville.

However, Indianapolis has struggled with receivers recently, particularly in the slot, with Keenan Allen and Richie James each scoring at least 20 PPR points in the previous two games.

Moore has the potential to be a No. 3 receiver in deeper formats.

Read more: According to NFL players, Tee Higgins did not cause Damar Hamlin’s injury

I wish we knew what Tampa Bay had planned for resting players in Week 18 now that the Buccaneers have clinched the No. 4 seed and have nothing to play for against the Falcons.

If the starters do not play, Miller could see plenty of targets, but that would also be without Tom Brady.

If we learn that Tampa Bay is resting players, Miller could end up as a No. 3 receiver in the majority of leagues.

Conklin had a strong game with Mike White in Week 17 against Seattle, catching six passes for 80 yards on six targets, and he now has at least six targets in three of four starts with White.

The Dolphins rank third in Fantasy points allowed to opposing tight ends this season, and Conklin is worth starting in all leagues as a low-end starter.