The New York Yankees have stated that they will not be outbid for Aaron Judge.

Which team will win in Aaron Judge’s trade? 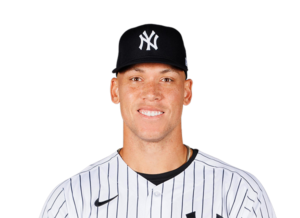 The New York Yankees have backed themselves into a corner ahead of the Winter Meetings after Hal Steinbrenner declared that the team would not be outbid in their pursuit of Aaron Judge.

Only one other team has emerged as a serious contender for Judge’s services thus far: his hometown San Francisco Giants, who appear content to provide longer-term security.

Steinbrenner appears to need to sweeten the pot one more time in order to keep his promise and bring his right-fielder back at any cost.

The recently leaked eight-year offers for Judge, according to Ken Rosenthal’s sources on Saturday, are unlikely to be enough; the sweepstakes winner may have to go to a ninth year, and they may have to do so soon.

No word yet on whether the Giants are willing to do so while the Yankees are not, or vice versa, but the Judge camp deserves credit for inciting a bidding war with few options.

Yankee fans should know by now that when a certain group of connected insiders throws out contract estimates, they aren’t just making wild guesses.

It was no coincidence that Jack Curry’s offer of eight years and $300 million was leaked just days later as the Yankees’ reported current offer.

And it appears Joel Sherman was doing more than guessing when he offered Judge nine years and $342 million on Friday night, an unusually specific figure.

In today’s big-money environment, where Jacob deGrom can secure five guaranteed years at the game’s second-highest AAV despite an uncertain health status, Judge can easily break the position-player AAV record with room to spare.

The rumored Yankees offer would have done that, but Judge clearly has one more trick up his sleeve before deciding which coast to play on.