Lions fans who want to scout Detroit’s Week 12 opponent will not have to go far. The Bills host the Browns at Ford Field in a game that was rescheduled from Buffalo due to a massive snowstorm.

What are the ticket prices for the Browns – Bills game right now? 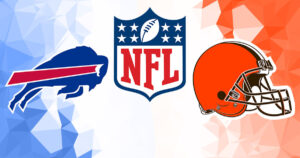 The Bills play the Browns at Ford Field in a rescheduled game from Buffalo due to a massive snowstorm. The last-minute details for purchasing game tickets are being finalized.

Bills General Manager Brandon Beane stated earlier on Thursday that Buffalo season-ticket holders and app users will have first dibs on tickets when they go on sale on Friday.

Ticket prices will also be significantly lower than usual, according to Beane.

Read more: How long will LaMelo Ball be OUT? Timeline for Hornets star’s ankle injury, return date and latest news

Because Buffalo residents may be snowed in, there will be more tickets available than if the game were played at the Bills’ home stadium.

In any case, it’s difficult to imagine the stadium being full on Sunday.