The Red Sox are well aware that Eric Hosmer was an unsuitable fit for their team. Instead of attempting to fit a square peg into a round hole during spring training, the club cut bait and designated Hosmer for assignment on Friday afternoon. 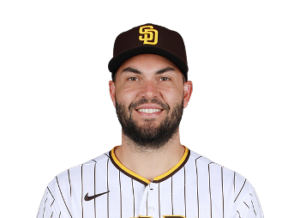 Hosmer, who was a key trade deadline acquisition for Boston less than five months ago, was virtually free and theoretically still has some value as a first-base depth piece. However, the Red Sox intend to give Triston Casas the full-time job at first base and wanted to be upfront with Hosmer.

“Our roster isn’t complete yet, but as we build our club, we feel it’s important to give Triston a clear lane, and that carrying two left-handed hitting first basemen would leave us short in other areas,” Bloom said in a text.

“Given that, it’s important to do right by Eric and give him time to find his next opportunity. We knew when we first got him that this day would come at some point, and wanted to make sure we treated him right.”

The move is a huge vote of confidence in the 22-year-old Casas, who has only 27 games of major league experience and it’s also a recognition of Hosmer’s perceived worth.

Knowing that Hosmer was behind Casas on the depth chart, the Red Sox worked hard in recent weeks to trade Hosmer, but there was little to no interest around the league because Hosmer didn’t have a strong market at the trade deadline.

According to sources, Hosmer is more likely to be released than traded in the coming days. He’d have complete control over his future. While Hosmer’s contract includes a full no-trade clause, it was never invoked due to a lack of trade interest.

As a free agent, the 33-year-old will almost certainly be able to choose his next destination.