On Sundays, Kyren Williams of the Los Angeles Rams will return to the Rams’ backfield.

Kyren Williams will FACE the Cardinals 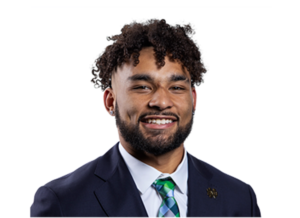 McVay told reporters on Wednesday that he expects Williams to play against the Cardinals this weekend, which would be his first game since injuring his ankle in Week 1.

“I think there’s a good chance he’ll be up this week,” McVay predicted.

Williams was damaged on his only special teams snap of the game and never saw any offensive action.

With the Rams’ backfield currently a jumbled mess, Williams figures to be a key cog in the rotation alongside Cam Akers and Darrell Henderson Jr.

The Rams traded up to take Williams in the fifth round of the draft this year.

He missed most of the summer with a broken foot before injuring his ankle in the season opener against the Bills.

Williams was activated from injured reserve two weeks ago, giving the Rams a one-week window to activate him and add him to the roster.