A pair of Western Conference playoff contenders meet in the Lone Star State in search of a victory. The Denver Nuggets travel to Dallas to face the Mavericks on Friday night. 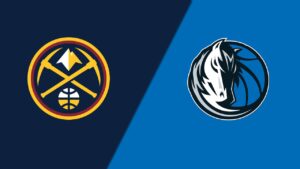 Denver will almost certainly be without Jokic when it travels to Dallas on Friday night to face the Mavericks.

Aaron Gordon is also in doubt after missing the Knicks game due to a non-COVID illness. Both players will be out, according to Coach Michael Malone on Wednesday night.

Nikola Jokic (Covid-19): Should be out until at least November 20.

Following a heavy workload against the Clippers on Tuesday, Dallas rested Luka Doncic on Wednesday, resulting in a home loss to the lowly Rockets. Nonetheless, his teammates refuse to blame the loss on his absence.

Doncic, like Jokic in Denver, is the offensive catalyst for the Mavericks. His absence against the Rockets was significant because he leads the team in scoring (34.4 points per game), rebounding (8.8), assists (7.8), and steals (2.1).

On Thursday, the Mavericks were 8-6 on the season and third in the Southwest Division, half a game behind the Pelicans and Grizzlies for first place.

Dallas trailed Houston by three points after the first quarter, led by nine with less than four minutes remaining in the first half, but then went cold.

After halftime, the Mavericks trailed by six points before cutting the deficit to two after three quarters.

Spencer Dinwiddie and Tim Hardaway are both candidates for expanded roles against Houston, while Luka Doncic is expected to return against the Nuggets on Friday.

Maxi Kleber (back) is expected to be out until at least November 20.