The Hornets and Magic meet on Monday at 7 p.m. in Orlando. 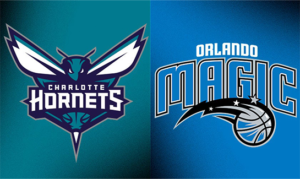 The Charlotte Hornets face the Orlando Magic again on Monday, and they may have something up their sleeves that they didn’t get to show in their previous meeting.

Terry Rozier has scored at least 19 points in three of his last four games, but he is shooting less than 40% of the time.

On Saturday, the 28-year-old shooting guard scored 22 points and is averaging 21 points and 5.4 rebounds per game.

Kelly Oubre Jr. has 20 points in two straight games. Due to the injuries, the 26-year-old shooting guard has seen his playing time increase and enters with an average of 18.5 points per game on 42% shooting.

Ball, 21, has missed the first 13 games of the season due to an ankle injury, but he could make his debut on Saturday. Ball has been upgraded to questionable for the first time this season.

Even if Ball does not play against Miami on Saturday, he is getting closer to making his debut against Orlando on Monday night.

Ball averaged 20.1 points, 7.6 rebounds, and 6.7 assists per game in his second NBA season. His return to the court could be beneficial to the 3-10 Hornets.

The Hornets’ offense was ranked in the top 10 last season but is now ranked 28th, so Ball’s return will undoubtedly have an impact.

The Magic were responsible for one of those ten losses last month in Orlando.

The Hornets shot less than 40% in a 113-93 loss. With 18 points in the loss, Gordon Hayward had the highest scoring output on the team. The Hornets’ revamped offense could be put to the test against the Magic.