Leonard Joseph Fournette III (born January 18, 1995) is an American football running back for the Tampa Bay Buccaneers of the National Football League. This article summarizes his injury details and expected return date. 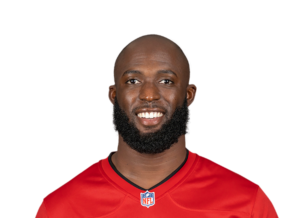 UPDATE (Jan. 1): In the Buccaneers’ 19-16 overtime win over the Cardinals on Sunday night, Leonard Fournette rushed 20 times for 72 yards and caught nine of ten targets for 90 yards.

On the night, Fournette was arguably the Buccaneers’ MVP. He should be in line for another big game against the Panthers in Week 17, which could decide the NFC South title.

UPDATE 4: Fournette (foot) is expected to play against the 49ers on Sunday.

UPDATE 3: Fournette (hip) rushed 10 times for 49 yards and caught six of seven targets for 32 yards in the Buccaneers’ 17-16 win over the Saints on Monday night.

UPDATE 2: Leonard Fournette (hip) is listed as questionable for Monday’s game against the New Orleans Saints.

UPDATE: Fournette is expected to play in Week 12, according to all reports, but his continued practice participation should be monitored.

When the Buccaneers return to practice on Wednesday, the severity of Fournette’s hip injury will be revealed, but with the bye week in Week 11, Fournette’s status is unknown.

Deepak Chona, a medical professional, claims that depending on the type of hip injury, players are usually out for no more than one week.