Two Western Conference teams meet in the Valley of the Sun on Thanksgiving weekend in the hopes of picking up a win. The Utah Jazz is on the road, heading to Phoenix to face the Suns on Saturday night. 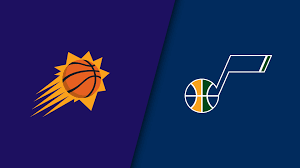 Phoenix hosted Detroit in the first half of a back-to-back set on Friday night. The Suns won 115-105 against the Lakers, covering the 9.5-point spread.

Chris Paul practiced fully on Wednesday, but he will miss his eighth consecutive game due to a heel injury. It’s unclear whether he’ll be available for the second half of the Jazz’s back-to-back on Saturday.

Both Landry Shamet and Chris Paul (heel) participated fully in Wednesday’s practice, but both will miss at least one more game.

Shamet’s availability for Saturday’s game against the Jazz is unknown.

Utah traveled to Golden State on Friday night for the first half of a back-to-back set that concludes here. Despite being an 11.5-point favorite, the Jazz were defeated 125-116 at home by Detroit on Wednesday night.

Mike Conley (knee) is expected to return in early December after being injured against Portland on November 19.

Rudy Gay (finger) will be evaluated again next week after being out since November 13.

Leandro Bolmaro (concussion) will miss Saturday’s game against the Suns.

Bolmaro is not a key player for the Jazz, so his absence will have no fantasy impact.