The Kansas City Chiefs will take on the Los Angeles Chargers on Sunday. Individual drills in practice put veteran receivers’ injuries to the test, but their availability against Kansas City is uncertain. Let us look into the problem. 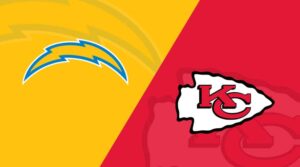 For the first time in a long time, the Chargers’ top wide receivers, Allen and Williams, put their hamstring and ankle injuries to the test during individual drills in practice.

After collapsing, they were both eager to play, leaving the Chargers without two of their best offensive threats.

Allen was injured in the first half of the Chargers’ season opener against the Las Vegas Raiders on Sept. 11.

He didn’t return until the first half of the team’s Oct. 23 loss to the Seattle Seahawks.

Following that, he suffered a series of setbacks that forced him to miss the Chargers’ next two games.

Allen’s injury was the first in what seemed like an endless series of them, leaving the Chargers scrambling at times to fill key positions.

Williams suffered a high ankle sprain in the Chargers’ loss to the Seahawks.

When combined with the injuries to Allen and Jalen Guyton (season-ending ACL), his absence left the Chargers shorthanded at wide receiver, with Michael Bandy, DeAndre Carter, and Joshua Palmer moving up the depth chart.

When they took the field for practice on Wednesday, there was a glimmer of hope.

The additions of Allen, 30, and Williams, 28, would undoubtedly provide quarterback Justin Herbert with two veteran targets capable of making clutch plays in critical situations, something the Chargers lacked against the 49ers in the second half on Sunday.

Hardman (abdomen) has been placed on IR by the Chiefs.

Hopkins (hamstring) was listed as a non-participant on the Chargers’ injury report Thursday.