On Thursday night, the Jacksonville Jaguars will face the New York Jets in an AFC matchup. Last season, the Jets defeated the Jaguars at home, 26-21.

Injury Updates of Travon Walker and Quinnen Williams for Week 16 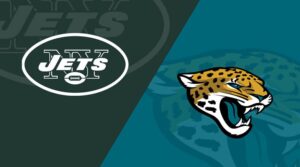 The Jaguars are attempting to win their third game in a row. Last week, they trailed 21-7 at halftime before rallying to force overtime and defeat the Cowboys 40-34 in a game where the Jags were a four-point underdog. Thanks to an improved offense, Jacksonville has recently been competitive. They’ve won at home against the Ravens and on the road against the Titans in the last month.

For this game, the Jaguars are missing Foley Fatukasi (ankle), Cam Robinson (knee) and No. 1 pick Travon Walker (ankle).

Travon Walker (ankle) is out of Thursday’s game against the Jets, according to Demetrius Harvey of The Florida Times-Union.

Walker is expected to miss his second consecutive game as a result of an ankle injury suffered in Week 14 against Tennessee. In his absence, K’Lavon Chaisson and Devin Lloyd will most likely see increased playing time on Thursday.

The New York Jets’ final injury report for their Week 16 game against the Jacksonville Jaguars has been released.

Four players have been ruled out for Thursday’s game, including two wide receivers Denzel Mims (concussion) and Jeff Smith (knee) are out, leaving the Jets with only four healthy wide receivers on the 53-man roster, with Corey Davis expected to return this week. On Wednesday, he was listed as a full participant, but he has no game designation for Thursday.

Quinnen Williams (calf) is listed as questionable but a full participant, so his return after missing the Lions game on Sunday should be a good sign.

Quarterback Mike White (ribs) and cornerback Brandin Echols were both already ruled out for Thursday (quad).

Running back Zonovan Knight was a late addition Wednesday due to an ankle injury and is listed as questionable, but he was listed as a full participant on Wednesday.

Duane Brown and George Fant were also listed as full participants and are expected to play on Thursday.

Safety After missing practice on Sunday, Lamarcus Joyner (hip) is also questionable. He was listed as a limited participant throughout the week.