Giants vs Jaguars match will be missing some key players 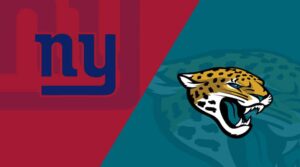 When the New York Giants play the Jacksonville Jaguars on Sunday, they will be without two of its edge defenders. Due to his second calf injury of the year, Azeez Ojulari, who has appeared in only two games this season, will be out for a third straight week. The game will also be missed by Oshane Ximines, who suffered a quad injury last week playing against the Green Bay Packers.

Tomon Fox, an undrafted rookie free agent who should be the third edge defender behind Kayvon Thibodeaux and Jihad Ward, will likely have a bigger role as a result. Quincy Roche, a second-year player, might be promoted from the practice squad for the game.

Center Both Andrew Thomas at left tackle and Jon Feliciano at groin are doubtful. But according to head coach Brian Daboll, both players “should be good” for Sunday.

When the game is set to begin, we will provide ongoing updates on the situation.