The Philadelphia 76ers will take on the Toronto Raptors on Monday. Here are detailed injury reports for both teams ahead of the game. 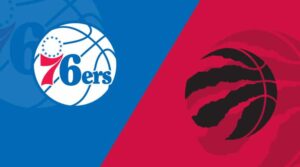 Pascal Siakam will remain one of the match’s most notable players.

The scoring figures are inconsistent with what Siakam has been producing this season, and he appears to be heading in the wrong direction after scoring less than 20 points in three consecutive games.

However, the versatile big man is still having a fantastic season, with career highs in both points and assists per game.

Ron Harper did not play in the Raptors 905’s 111-103 victory over the Capital City Go-Go on Wednesday due to a left knee injury.

Harper has been a regular in the 905’s starting lineup this season, but he is now listed as day-to-day due to an injury. Harper, one of Toronto’s two two-way players, is unlikely to see NBA action anytime soon, even if his knee injury is only temporary.

Gary Trent (quadriceps) has been ruled out of Monday’s game against the 76ers.

Trent’s lack of progress has Toronto’s head coach frustrated, and it’s unclear when he’ll be back on the team. Malachi Flynn will almost certainly see increased playing time in his absence.

Philadelphia coach Doc Rivers said Tyrese Maxey (foot) is still unable to practice and is a “few weeks away” from returning.

Maxey hasn’t played since November 18 due to a fracture in his left foot. Shake Milton, De’Anthony Melton, and Furkan Korkmaz have all seen extended playing time in his absence. Maxey is unlikely to return to the court until the beginning of 2023, according to Rivers’ comments.

Meanwhile, Korkmaz (illness) is listed as questionable for this game.

Korkmaz is expected to play on Monday after missing the Warriors’ 118-106 victory on Friday due to illness. He’s played a minor role in the Philadelphia rotation so far this month, averaging only 11.6 minutes per game in five appearances.