The Los Angeles Lakers and Phoenix Suns will begin their four-game regular-season series on Tuesday, November 22, 2022, at Footprint Center in Phoenix, Arizona. The Suns swept the Lakers in 2021-22 and will try to win their eighth game in a row against them.

LeBron James QUESTIONABLE, Chris Paul OUT for Suns vs. Lakers 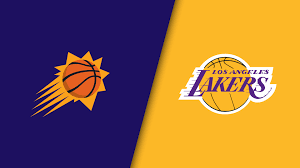 The Suns won their fourth consecutive game, holding the Knicks to 40.0% field goal shooting and 28.0% from beyond the arc while grabbing 22 offensive rebounds. Against the Knicks, the Suns shot 17-for-39 from deep.

Landry Shamet (concussion) is listed as questionable for the Suns.

Paul (heel) has been ruled out of Tuesday’s game against the Lakers.

When Paul was injured against the Sixers on Nov. 7, the Suns hoped he wouldn’t be out long, but this will be the veteran’s seventh consecutive absence.

He’ll be re-evaluated at some point this week, so it’s unclear whether he’ll be able to play Friday against Detroit or Saturday against Utah.

LeBron James of the Lakers

Despite the absence of LeBron James, the Los Angeles Lakers (5-10; 5-10 ATS) have returned to form.

LeBron James has missed the Lakers’ last four games due to a left adductor strain.

James (thigh) is listed as questionable for Tuesday’s game against the Suns by Ryan Ward of LakersNation.com.

James has missed the team’s last four games due to a left adductor strain, and he is still being closely monitored by the medical staff.

If he is ruled out for the game against Phoenix, Troy Brown, Wenyen Gabriel, and Austin Reaves should see more playing time.