The LA Clippers will play the Pacers in Indianapolis. The game will begin at 3 p.m. EST inside the Gainbridge Fieldhouse. The last time these two teams met, the Clippers won 114-100. 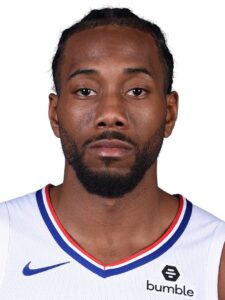 The Clippers are coming off a 116-110 defeat to the Boston Celtics. They struggled offensively, as they couldn’t make enough shots to stay competitive in that game. If they want to challenge the Pacers on the road, they’ll have to be more consistent.

Aside from ending just two rebounds shy from a double-double, Leonard was extremely efficient since he missed just five of his 16 attempts from the field.

Leonard has missed quite a few games this season due to injury and injury management, but he seems to be rounding into form of late. He has scored at least 25 points in four of his last seven contests.

Both Nicolas Batum and Reggie Jackson are injured in this game.

The Pacers are coming off a 135-126 victory over the Cleveland Cavaliers. They looked great on both ends of the court, and they’ll need to carry that momentum into this game if they want to compete with the Clippers at home.

Haliburton had another strong night from beyond the arc, scoring 18 of his 29 points. He’s been on fire from deep lately, hitting six or more triples in three of his last five games and hitting 52.0 percent of his attempts during this hot streak. Haliburton is also proving his worth as a passer, averaging 8.6 assists in December (13 games).

The Pacers’ Kendall Brown and Chris Duarte are both injured.