The 2022 NFL season concludes with a Monday Night Football game between the Los Angeles Chargers and the Indianapolis Colts at Lucas Oil Stadium in Indianapolis, Indiana.

Jonathan Taylor DOUBFUL, Kemon Hall OUT for Colts vs. Chargers 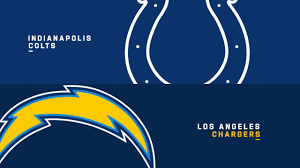 Taylor is questionable for this game.

The Indianapolis Colts (4-9-1; 6-8 ATS) were defeated 39-36 in overtime by the Minnesota Vikings in Week 15, extending their four-game losing streak.

Indianapolis won the turnover battle 3-1, but surrendered 518 total yards. Despite losing Jonathan Taylor early in the first quarter due to an ankle injury, the Colts gained 171 yards on the ground. Taylor will miss the rest of the season.

Matt Ryan completed 19 of his 33 passes for 182 yards and a touchdown last weekend. Zack Moss rushed for 81 yards on 24 attempts, while Michael Pittman Jr. had ten catches for 60 yards and added 30 yards on two totes.

The Colts’ defense and special teams both scored, and Chase McLaughlin converted all five of his field-goal attempts.

In Week 16, Ryan will be benched, with Nick Foles taking over at quarterback. Foles played a few snaps in Week 2 but did not attempt a pass.

Hall (hamstring) will miss Monday night’s game against the Colts.

The Chargers outgained the Titans 365-284 in total yards and won on Cameron Dicker’s 43-yard field goal with four seconds left in the fourth quarter.

Tennessee tied the game at 14-14 with 48 seconds remaining, but Justin Herbert completed a 35-yard pass to Mike Williams to put the Chargers in field-goal range.

Against the Titans, Herbert completed 28 of 42 passes for 313 yards and two interceptions. He failed to throw a touchdown pass for the third time in 46 games.

Keenan Allen had eight receptions for 86 yards, while Mike Williams had four for 67 yards. Austin Ekeler and Joshua Kelly each scored a touchdown and rushed for 82 yards on 22 attempts.

The Chargers have won three of their last four games, including the last two. In four games, they’ve only covered once, and that was against the Titans.