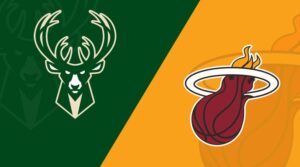 According to reports, Giannis Antetokounmpo will be available to play against the Heat on Thursday.

An underwhelming performance on Friday due to a sore left knee was followed up by Antetokounmpo’s eighth double-double in the last 10 games and 24th of the season, tying the two-time NBA MVP for third in the league with teammate Bobby Portis. Antetokounmpo is averaging 34.4 points, 13.3 rebounds, and 4.9 assists on 52.8% shooting over that span.

Ira Winderman of the South Florida Sun Sentinel reports that the Heat announced Tuesday that Nikola Jovic will miss another four weeks with a lower back stress reaction.

Because of this injury, Jovic hasn’t played for the Heat since December 26. He played 26 minutes for the Sioux Falls Skyforce of the G League on Saturday. The rookie won’t be re-evaluated until after four weeks have passed, so he may be out until the middle of February’s All-Star break.