Official injury reports were available for both the Raiders and the Saints prior to the game. Unfortunately, there will be many questionable players. 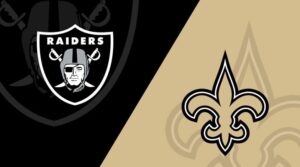 Davante Adams returned to the field on Friday, though he was limited, after missing two days of practice due to illness. Divine Deablo (back/ankle) and Tashawn Bower (defensive end) were also back in practice in a limited role (illness). All three were ruled questionable for Sunday’s game.

This Sunday, the Saints will be without key wide receivers Michael Thomas (foot) and Jarvis Landry (ankle), who both did not practice this week. CB Marshon Lattimore, who also missed the previous game, has been ruled out with an abdomen injury.