The Phoenix Suns (9-6) will be looking for their third consecutive home victory when they face the New York Knicks (8-8) on Sunday afternoon. Phoenix is 8-2 in its last ten games against New York. 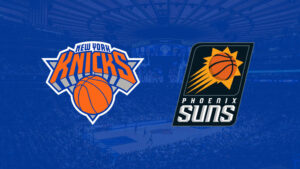 In their most recent game, the Warriors snapped the Knicks’ two-game winning streak. They will attempt to avenge their loss by defeating the Suns, which would be their third victory in their last four games.

Julius Randle, who led the Knicks with 20 points and seven rebounds, will continue to believe.

Mitchell Robinson (knee) is listed as questionable for the Suns game on Sunday.

Robinson was upgraded to questionable for Sunday’s game, which is a good sign given his eight-game absence.

Cam Reddish (groin) is questionable for Sunday’s game against the Suns.

Reddish left Friday’s game against the Wizards with a groin injury that could prevent him from playing on Sunday.

This season, the Suns have played admirably, particularly at home, where they have won seven of eight games. They’ll look to keep the momentum going with a win over the Knicks, which would be their third straight victory at home and eighth in nine.

Chris Paul (heel) will miss Sunday’s game against the Knicks and will be evaluated later next week.

While the Suns have not stated Paul’s status for Tuesday’s game against the Lakers, the fact that a re-evaluation will not take place until later in the week suggests that the point guard will miss at least two more games, if not more.

Cameron Payne should continue to start at point guard in the absence of the veteran.

Landry Shamet (concussion) will miss Sunday’s game against the Knicks.

Shamet will miss his fifth consecutive game on Sunday due to concussion symptoms. Shamet’s next appearance will be against the Lakers on Tuesday.