We dissect the news that Chris Olave has suffered a brain injury. What it means for the rest of Week 6 and beyond. 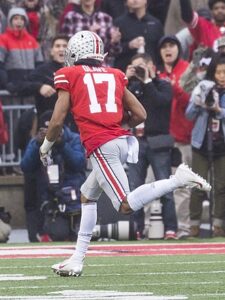 UPDATE: Olave was able to practice fully on Friday, but he is still listed as questionable due to his continued participation in concussion protocol. He will be able to play if he is cleared before the game.

UPDATE: Olave was at practice on Thursday and appears to be progressing through the concussion protocols quickly enough to be ready for Week 6.

UPDATE: On the injury report for Wednesday, Olave was listed as DNP. He was able to work with the trainers on the sidelines, so he might be able to get in a limited practice on Wednesday as he progresses through concussion protocol.

Chris Olave, the New Orleans Saints’ star rookie, was forced to leave last week’s game due to a concussion. After being hit, he was able to hang on to a touchdown pass from Andy Dalton, but there was no doubt he had suffered a concussion.

According to John Hendrix, Olave was out at practice getting some work done in Week 6. It’s unclear whether he’ll be considered limited or not officially practicing, but his work indicates that he’s making his way through the concussion protocol.

Jarvis Landry and Michael Thomas both missed practice on Wednesday due to foot and ankle injuries, adding to the Saints’ receiver injury woes. Landry appears to be the more likely of the two to play, while Olave remains an unknown.

If Olave is not able to play against Cincinnati on Sunday, fantasy owners may have to consider Marquez Callaway or Tre’Quan Smith, but it all depends on who is accessible.

Olave is the least likely of the Saints’ injured wide receivers to play, so look elsewhere for your WR2.